Orlando electro-metal duo TTN kicked off 2022 with the release of their new self-titled album NTT. It feels in many ways like a reboot for duo Ben Ryder (beats, vocals) and Benjamin Gregory (guitars), redefining themselves musically and aesthetically.

Released on their new collective imprint, Xylene Records – helmed in tandem with musical mates OhTwo – the album is a re-introduction of TTN through their most accomplished songs to date.

The songs that make up NTT — “40 minutes of music compressed into 19,” Gregory says of the album’s length — were written during grueling brainstorming sessions in a storage unit with no air conditioning. The recording sessions then stretched out over a year, with OhTwo beatmaker Byson once again in the producer’s chair – at this point he is almost the third member of the band.

“Overall, we tried to make the most dystopian and maximalist album possible. Influenced by the pandemic, pervasive surveillance capitalism, climate change and the general collapse of American society. It’s a reaction against the trend of minimalism and introspection in underground music.” says Grégory. 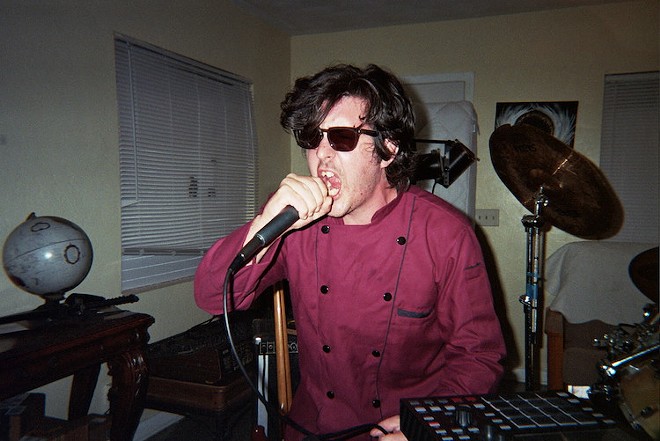 NTT is a more visceral and dense album than previous recordings – Gregory points to the multiple percussive tracks layered on each song “live drums, programmed drums and built/found objects” – and the increased attention to Ryder’s vocals is the welcome.

All in all, since it’s Bandcamp Friday, consider donating NTT a download.

–
Stay up to date with Central Florida news and views through our weekly newsletters and consider supporting this free publication. Our small but mighty team works tirelessly to bring you news from Central Florida, and every little bit counts.